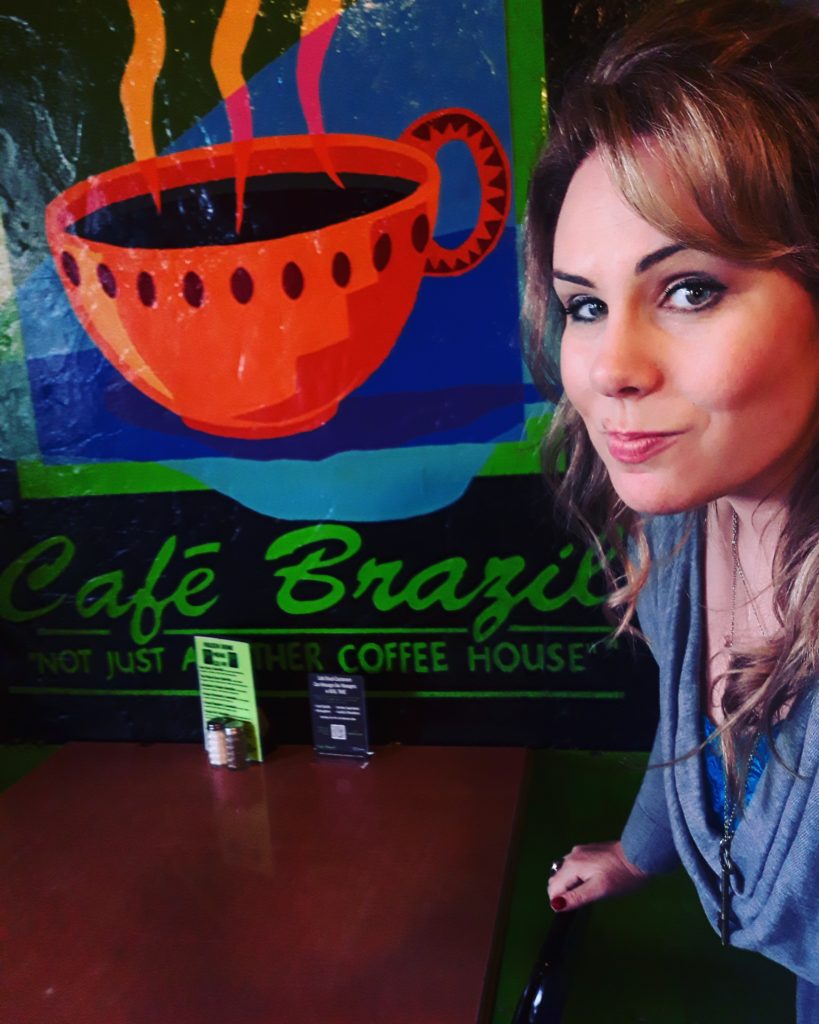 Need some breakfast? Lunch? Dinner? Dessert? How about a variety of different coffees? You’re in luck. Stop in to Café Brazil today, and you’ll have all of this – and more!

Friendly staff, a very Portland vibe going on, and all the food in the world it would seem, Café Brazil has a lot going for it. The ambiance is PNW old school, with a Brazilian theme lining the walls of the café to add effect. Though the restaurant is situated in northern Dallas, you’d think you’d been transported to the Northwest upon entering the little establishment.

Opening in 1991, Café Brazil started in the Lakewood area of Dallas all those many years ago. But they have been going strong ever since then. With locations all over the greater Dallas area, you can only find Brazil in Texas. Their Richardson location opened in February of 1996, making it one of the older spots in the right shoulder of the “Big D”.  Though there are 7 locations in total around Dallas, Richardson is just as good as any of the others.

Originally, the restaurant had been founded as a simple, ten-tabled restaurant.   The purpose? To enjoy a plentiful breakfast with an array of different coffee from around the world. What has evolved since then is a wonderment of eclectic foods, most notably their Mexican fare – which was by far and away my favorite thing when dining at Café Brazil.

The restaurant’s most popular dish is their Classic Breakfast. It comes with eggs prepared as you like, bacon, and your choice of either pancakes, French toast or the pancrepes.  The pancrepes, I must say, are a sight to be seen and are apparently even more delicious than they look!

The second runner up to their most requested dish on the menu, is their Chicken Bacon and Waffle combo.

And while these may be the guests’ choices, the restaurant offers specialty menus throughout the year, such as a Healthy Menu, a Summer Menu and much anticipated Holiday Menu.

But don’t worry. There’s no limit to their extensive array of food. The menu is endless (or though it would seem), with just about everything you could want. From breakfast items, to Mexican fare, to desserts galore, they’ve got it all. Just look at the amazing spread I got (just to show all of you, of course).

And the coffee? Let’s just say that the smell of the most delicious bean intoxicating scent overbears the food as soon as you walk in. The coffee’s aroma is the best and most amazing thing throughout the entire café. In fact, one could argue it’s the reason everyone stays on for the food…

The most popular among their plethora of international coffees? Their Bourbon Pecan.  It was in such high demand in fact, that it has been reserved as a daily permanent spot.  Selected as their #3 for their monthly selection of coffee rotation, it’s a popular choice!

And while you may want to indulge in their limitless coffee, you can also order a hot chocolate, latte, or a cappuccino. They even have frozen drinks as well for those hot Texas days. Including, caramel, vanilla or espresso freezes they also offer frozen hot chocolate – which sounds totally enticing!

And of all the 40 friendly staff members that you’ll find at the Richardson location, definitely ask for Melody who waited on me. She was the friendliest waitress I’ve come across in Dallas, and she will make sure you feel right at home.

Another reason to stop in at Café Brazil is their hours of operation.  4 of their 7 locations are open 24 hours a day. Where else can you get eggs, salmon tacos and chocolate cake at all hours of the day? The 4 spots in town that offer this amazing opportunity to come in whenever you feel like it are Deep Ellum, Cedar Springs, University Park and Richardson.

So whether you have a hankering for a waffle and fried chicken at 10 in the morning, or some flapjacks at 2 in the morning – Café Brazil is there for you. Just make sure that when you stop in, you let them know Lisa sent you!