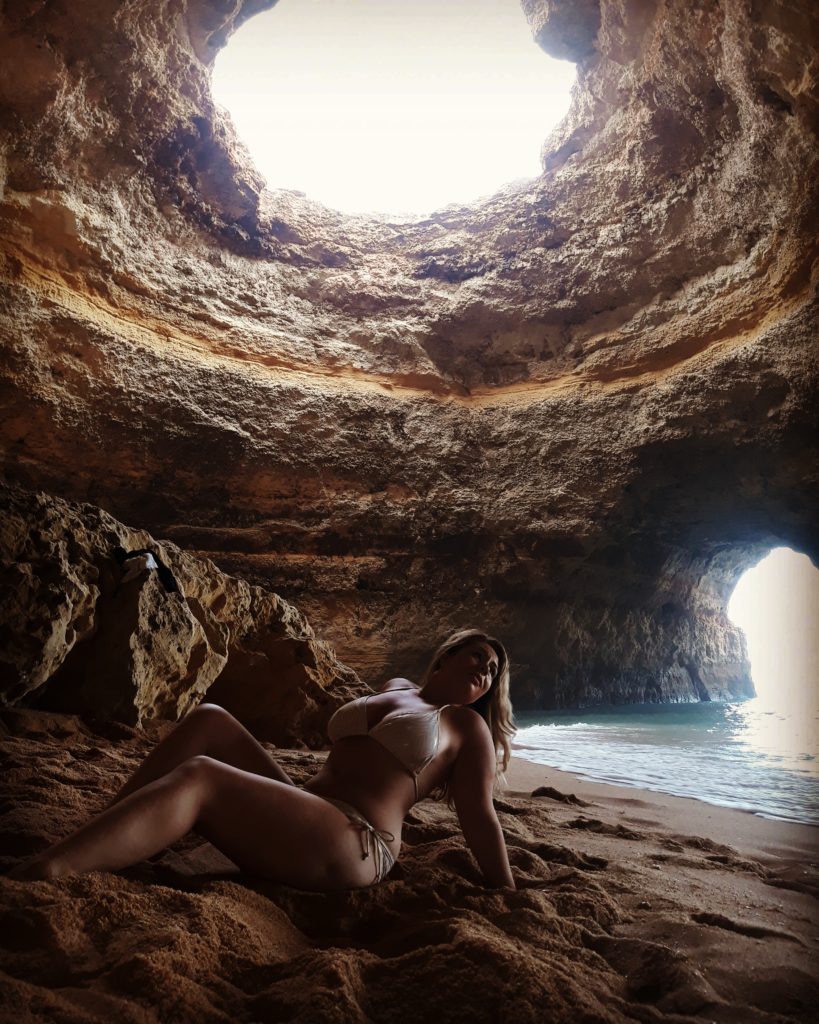 Welcome to Carvoeiro Tours, the most magical experience in the whole of the Algarve!

Imagine yourself riding along in a speedboat-like machine across the Atlantic ocean waves.  Jetting it at high speeds, the wind in your hair, and magnificent cliffs reaching almost as high as the heavens.  Ducking as you race your way into one ancient cave after another, water splashing up on you from time to time.  All of this and more can be your fantasy come true, when you ride with Carvoeiro Tours.

The company, a baby to the town, they officially opened the first of May this very year (2019).  While their company may be new, their experience is not.  The owner of the company has been doing boat tours for the past 40 years independently, and has taught his son the ropes (so to speak) since he was a child.  He tells me that he began boating with his father as a youngster, at only 3 or 4 years old. Don’t worry though, he didn’t start actually operating the boat til he was in his early teens.  Now 26, the young husband and father himself helps his father, and his father’s partner maintain the business, and tour people around day in and day out.

The company prides themselves mostly on two important aspects that they offer their customers. First, their language abilities.  The entire staff speaking a total of 5 languages, they have their bases covered when needing to communicate.  I witnessed first hand that the tour guide spoke not only in English for the majority of his guests, but then switched rapidly to Spanish for those coming from Portugal’s neighboring country.

I was able to speak with one of the skippers in Italian too, seeing firsthand in one day alone three of the five languages they purportedly speak.

But perhaps the most important thing they value at their company is their honest attitude.  Because they want everyone to be able to participate in the spellbinding ride they offer guests, they keep their prices low.  Having seen some families only allowing one member to go on the ride, while a father and son stay behind, they don’t want that to be the norm.  They would like to see everyone have a good time, and be able to enjoy the fun-filled hour long adventure that only they can give.

At 20 Euro for an hour and 25 Euro for 1 hour and 15 minutes, they’re giving people a once-in-a-lifetime opportunity at a reasonable rate. Especially compared to their competitors in town.

While the tour may become a bit redundant for them each and every day, the evening they took me out all alone was not only the highlight of my week, but of theirs as well.

Entering caves where I got to pose for photos, and riding solo on a boat with 4 Portuguese sailors – I did all for you, my readers. And I assure you, it was a magical experience.

Riding on the bow of the boat, my hair floating in the wind, looking up at the cliffs overhead…I felt like I was in a Dolce & Gabbana ad.  Unfortunately, David Gandy didn’t join me. 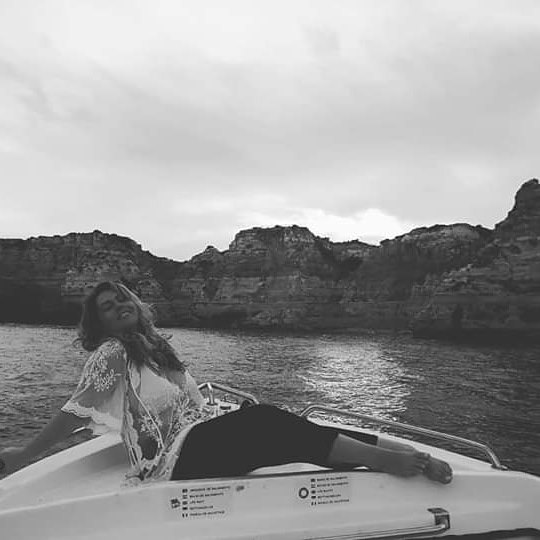 Even still, the experience was unique, unforgettable and priceless nonetheless. I wouldn’t have traded it for the world, and getting to see all of these cliffs and caves more than once in a day was a great joy, and certainly a privilege. 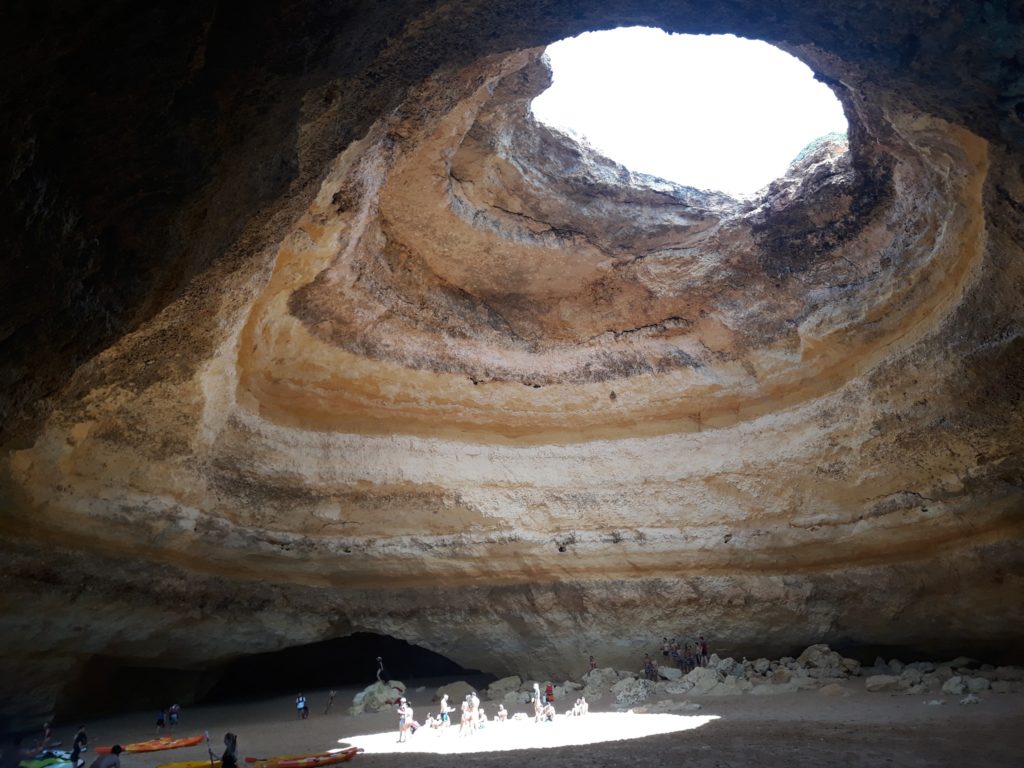 To see more photos of Carvoeiro Tours, make sure to click here

Don’t be afraid to scream out with glee and a little bit of fear when the boat dips, and you have to duck while heading in fast to one of the many caves.  The waters will tilt, rock and bob you as you float quickly throughout the magical waters. The ride is similar to that of one at Disneyland – but real!

If you get a good crowd like I did that day, you’ll find yourself waving along with them at the fellow boat tourists who pass by, or the fisherman stationed uphill on the cliffs.

In short, the tour is informative, exciting, extremely memorable, and a must while you are in the Algarve! And when you make it down to Carvoeiro Tours, make sure to tell them Lisa sent you! 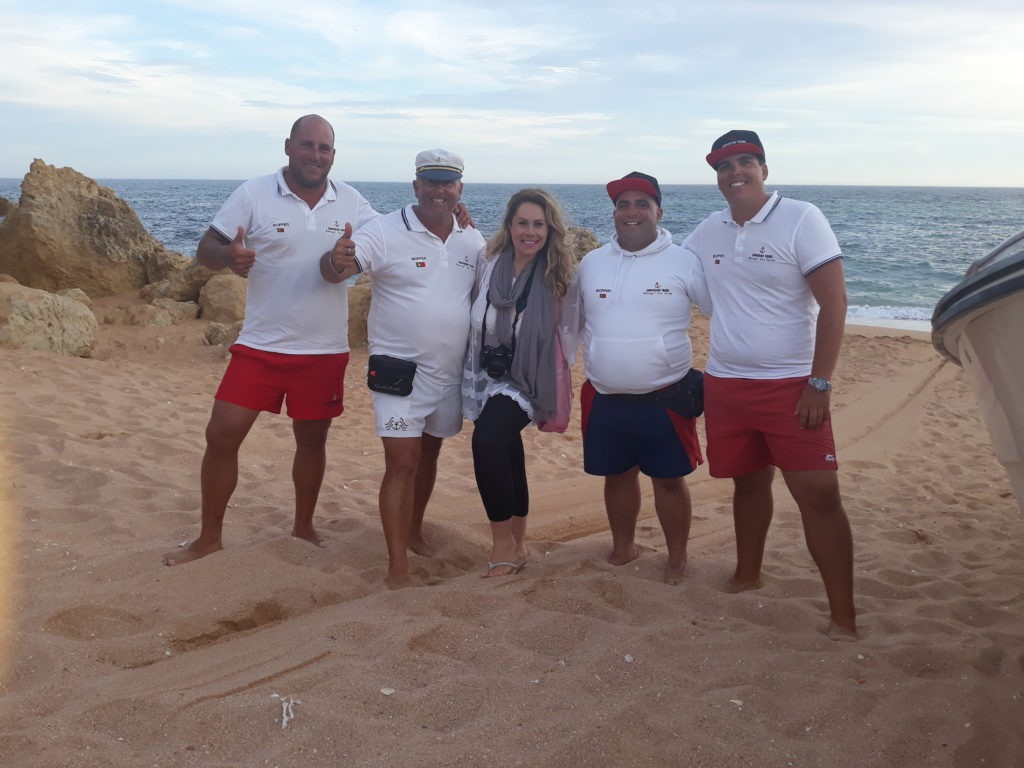 For a great place to stay just a few meters from Carvoeiro Tours, make sure to click here to find out about Hotel Carvoeiro Plaza – the nicest hotel in town!