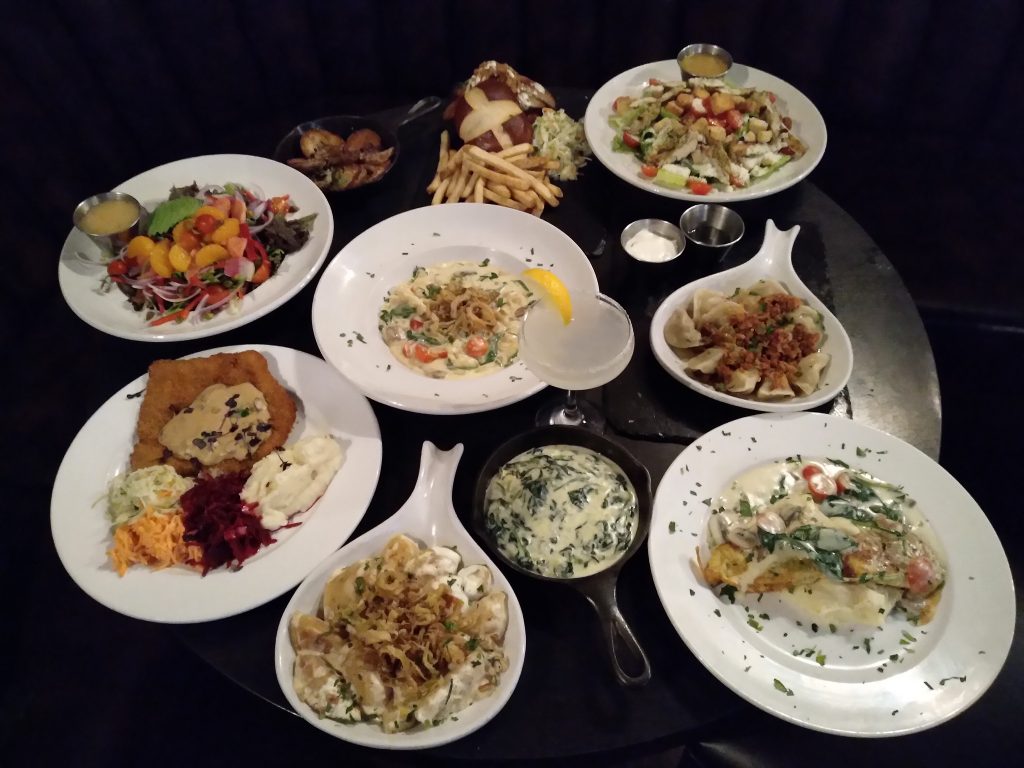 Welcome to international fare at its finest! You won’t have any shortage of options here at Grand Duke’s – from any cuisine around the world.  With a main focus on Eastern European dishes, Grand Duke’s is not only high in quantity, they are also high in quality!

Opening in 2005 in Summit, Illinois, Grand Duke’s has had its successes since that time. The owner, Andrew Bucas is a Lithuanian native who grew up in a small town called Panevezys. At 15 he came to the United States on an exchange program. Just like so many others before him, Andrew sought out the American dream with hard work; babysitting children while going to school simultaneously . During this time, he managed to procure a position at what he describes as “Chicago’s best pizzeria,” Lou Malnati’s. Gaining a great deal of experience in the restaurant industry while working for the pizza joint, he worked his way up the ladder from dishwasher, cook, driver, cashier to finally manager throughout the 7 years he worked there.

A testament to how far hard work and determination can get you, Andrew now had a great trade and experience behind him.

Now, after a long road to get here, along with his wife Lauren, they are running Grand Duke’s in Downer’s Grove. Making the restaurant their life and family business.

So where did Grand Duke’s come from, and what is the story behind the name? Aside from the obvious that Grand Duke’s does in fact have grand food, Andrew goes into more detail.

“We wanted our guests to find out more about Lithuania and that is why we decided to do a Lithuanian theme. Lithuania never had a king and it was always ruled by Dukes! All our interior in the restaurant was based on Dukes with their paintings, armors, maps of the Lithuanian empire, etc..”

And certainly this is all true.  Upon entering the restaurant you can feel the Eastern European vibe, from the décor to the lighting and even the color scheme throughout the restaurant. Tasteful, modern, and yet still giving you the sense you are not 100% in the U.S. while dining. This is the right kind of experience any diner wants when trying to get away to another world for an evening.

“When we were at our old location we were a go-to destination and most of our customers were regulars. We use to have a customer who would fly in from Arkansas spend all day at Grand Duke’s and take the last flight that same day back home.  That is how much she loved our food.  In a new location, very quickly we are becoming a popular place for food and beer,” Andrew tells me. He goes on to say that what makes Grand Duke’s so special is their food.

“I think the food speaks for itself,” he says smiling. “If you want good Lithuanian or Polish food, or even Bavarian food, you must try us.  We now have over 25 beers on tap in addition to our great homemade food.”

Now onto the food, which of course, is the main reason we’re all here, right?

Their most popular and best selling dish is the Lithuanian Combination platter. I can attest to this going above and beyond my expectations. The flavors of each of the items showcased on this platter were extremely well executed and tasty.

But if it’s something really unexpected and unique you’re looking for, you might try the Siberian Pelmeni. Siberian dumplings filled with veal, pork, beef and onions.Served with sour cream, bacon bits and vinegar. It might sound a little out there, but sometimes the things you’re least likely to try end up being the most worth your while. Such was the case for me when I tried this dish. From now on, if I ever see it on a menu, I will be ordering it.

However, without a doubt, the most incredible, unforgettable and perhaps life changing dish I tried on their menu was hands down the Chicken Vilnius. A nod to their great land, the dish named after Lithuania’s capital is by far and away the most delicious thing you will taste at the restaurant. This was probably the best dish I’ve had in almost a whole year, and as many of you know – I eat out a lot.

And if it’s not chicken that you’re into and want to stick to a vegetarian alternative – then definitely don’t leave without trying their creamed spinach and truffle roasted potatoes. Both are excellent and couple very nicely together.

Another notable mention would be their Spatzle Mac & Cheese. Made with mushrooms, spinach, roasted cherry tomatoes with garlic cheese sauce – it’s kind of out of this world yummy.

In all sincerity, there really isn’t much on the menu that you would do wrong in ordering. Everything is made with attention, the portions are immense, and the quality is superb. It would behoove more restaurants to have this attitude when it comes to their culinary presentation and execution.

And have I mentioned their cocktails? They’re pretty spectacular as well. With a full bar, they have just about any kind of drink you can think of, including international wines galore. Take your pick of some of their house cocktails, including their Smokey Old Fashioned. Their best selling drink, it comes with old forester rye whiskey, orange, luxardo cherry, cane syrup, and smoke infusion. It is topped with a cork ball (that is made in Portugal) to keep the smoke in the glass. A pretty fancy experience at a slightly above average cost restaurant.

In addition to Grand Duke’s, Andrew and his wife also own and operate Old Vilnius Café.  A crepes and pierogies shop in Darien, IL.  They also run a gaming cafe called Jokers Gaming Café in Illinois. They also manage the biggest Lithuanian online souvenir and food store called  Lietuvele. http://www.lietuvele.com The couple certainly have their hands full. Especially considering Andrew is the head cook at Grand Dukes. No small feat to undertake for any business owner, but he is the example that so many should and do follow when aspiring to make something of themselves in the United States.

Grand Dukes is waiting for you. You know you want to try some of their delicious Bavarian, Lithuanian and Polish food – among so many other things! Just make sure that when you stop in soon, you let them know that Lisa sent you!